The paternity debate rages on with reports of an astronomical increase in DNA testing across hospitals in Nigeria. While popular opinion remains popular at best, it is imperative to examine the legal and judicial position on the paternity of children.

A legal discourse on this issue, must, of necessity, start with the settled position on the presumption of legitimacy. This presumption is provided for in Section 165 of the Evidence Act, 2011 which states thus:

“Without prejudice to section 84 of the Matrimonial Causes Act, where a person was born during the continuance of a valid marriage between his mother and any man, or within 280 days after dissolution of the marriage, the mother remaining unmarried, the court shall presume that the person in question is the legitimate child of that man.”

This position has been confirmed in many judicial decisions like Ogbole v. Onah,[1] Christopher Idahosa v. Sgt. Stephen Idahosa[2], Oduche v. Oduche[3], to mention but a few. In Anozia v. Nnani & Anor.[4] the Court of Appeal, per Mbaba, JCA, held that:

“The law has always acknowledged the right of a woman to say who the father of her child is, and of course, where a child is born within wedlock, the presumption is conclusive, that the child is the seed or product of the marriage.”

This dictum was followed in Duru v. Duru[5], another decision of the Court of Appeal, where the following was held:

“Under the English Legal system, paternity is even presumed, once a child is born within wedlock, not minding whether the mother had "an away match", that is, was conceived by another man (unknown to the husband). In the case of Anozia v. Nnani and Anor. (2015) 8 NWLR (pt.1461) 241 at 256, this was stated that:

"The law has always acknowledged the right of a woman to say who the father of her child is, and, of course, where a child is born within wedlock, the presumption is conclusive, that the child is the seed or product of the marriage...”[6] (Emphasis supplied)

This presumption is not confined to only children of monogamous marriage, but also children of valid marriages contracted under Customary law and Islamic law.[7]

“…a very strong presumption of law, which cannot be displaced by mere balance of probabilities, but can only be rebutted by strong preponderance of evidence.”[9]

In Osho v. Phillips,[10] the Supreme Court held that that a child born by the husband’s mistress during the subsistence of a valid marriage was illegitimate. Also, in Megwalu v. Megwalu, the Court of Appeal enumerated factors capable of rebutting the presumption of legitimacy thus:

(a)   the opportunity of access for sexual intercourse between the husband and the wife at the material time;

(b)   physical condition of the husband at the material time;

(c)    opportunity of access for sexual intercourse between the wife and the third person;

(d)   time of birth and time of the sexual acts by each contestant; and

(e)   blood test of the parties

With regard to the fifth factor mentioned supra, the Courts have recently held that DNA tests constitute admissible evidence in proof of paternity of children. [11] In Ibeabuchi v. Ibeabuchi, [12] where it was held as not being the only way to determine a child’s paternity. The Court’s power to order parties to submit to DNA testing for the purpose of determining paternity is however limited to cases where the child concerned is a minor.[13]

One last point which needs to be mentioned is that notwithstanding the fact that a child is born outside wedlock, subsequent acknowledgment of paternity by the putative father legitimizes that child.[14] For such acknowledgement to be valid, however, it must be in respect of illegitimate children not born during the continuance of a valid marriage.[15]

“Paternity of a child can be determined by three major ways which are akin to the ways of proving legitimacy of a child. They are:

(1) Paternity by existing Marriage: A child born during the pendency of a valid marriage between a couple is automatically presumed to be legitimate.

(2) Paternity by Subsequent Marriage to the mother: This occurs when a child is born at a time when the mother was not married to the father and after whose birth the mother and father entered into a valid marriage.

(3) Paternity by acknowledgement by the father accepting paternity of the child: This includes paying for the hospital bills and upkeep of the child, introducing the child to his family as his child etc.” [17]

In conclusion to the foregoing, therefore, a child born during a valid marriage—statutory, customary or Islamic—is presumed legitimate, until the contrary is proved, which includes but is not limited to DNA test results. In addition, the regardless of the perceived or actual illegitimacy of a child, subsequent acknowledgment can serve to remedy the defect.

Is The proposed  “Promotion of Proper Human Sexual Rights and Ghanaian Family Values” in Accordance with Article 21 of the 1992 Fourth Republican Constitution? Morality refers to the principles a person believes in concerning the distinction between right and wrong or good and bad 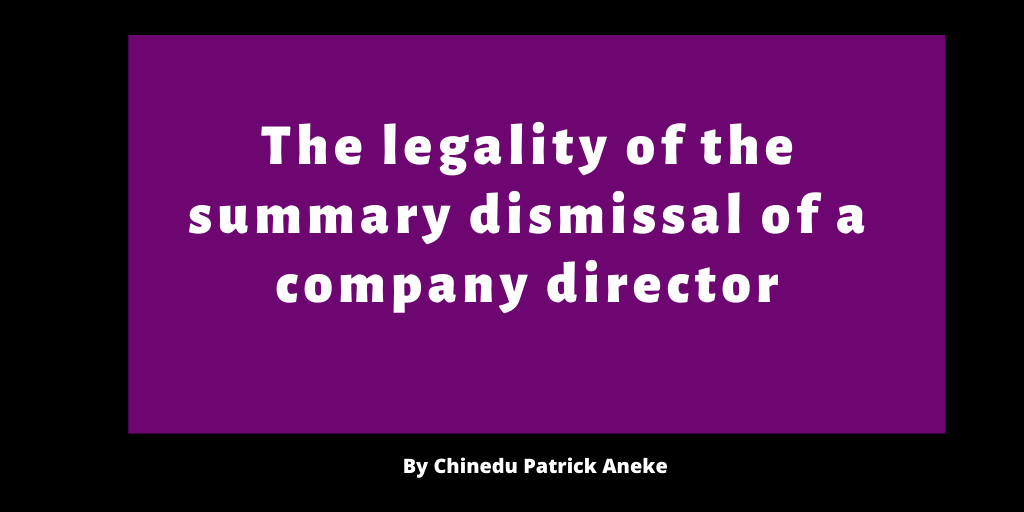 Introduction In the past months, attempts were made by companies and incorporated bodies to dismiss employees in a large scale due to the pandemic and the attending harsh economic realities