Disclaimer: The views and opinions expressed in this blog are those of the author and do not necessarily reflects the position of our company JUDY.Legal, Assumptions made in the analysis are purely that of the author.

In January, 2019, Bankole Wellington popularly known as Banky W was falsely accused of receiving a bribe of 57 million naira from the All Progressive Congress of Nigeria on twitter. A completely false statement; No proof whatsoever; just a random defamatory tweet, but in less than 10 minutes there was over a thousand re-tweets of that tweet with Banky W labelled as Gorimapa Chris Brown and Nivea Roll on.

There are a lot of papers which have discussed the dangers of enacting the Social Media Bill to Law, however, this paper discusses the status quo in Nigeria with regards to the unregulated nature of the social media, outlines the dangers of retaining the status quo, the scope of the Social Media bill, the doom awaiting if this bill is not passed to law, and the ways in which this bill will manage this impending doom if passed to law.

SCOPE OF THE SOCIAL MEDIA BILL

The social media has been variously defined to include platforms which enable interaction between persons, which forms a means of information transmission and communication through the use of the internet. Every second of the day information is transmitted by thousands of persons across different social media outlets. Accordingly, Sheryl Sanberg, the Chief Operating Officer of Facebook in September 2018, at a Senate Select committee hearing expressed the difficulty of determining what types of information transmitted on social media platforms would amount to hate speech, false declarations or defamatory matter.

It is in light of this that the Protection from Internet Falsehood and Manipulation bill 2019 known as the Social Media Bill was sponsored by Sen. Muhammad Sani Musa. The intent of this bill has been largely misconstrued and certain clauses in the bill quoted out of context.

However, the aims and objectives of this Bill as set out in PART I CLAUSE I OF THE BILL include:

One cannot overemphasize the dangers of the unregulated nature of the Nigerian social media platforms. Country’s like the U.S., Australia and Singapore have passed social media laws which guide content made available on social media.

According to Elzeini and Delcook, in the 2017 International Conference of Social Media and the Society, social media in recent times is an arena for the exploration of misinformation, false narratives and the weaving of fake news into plausible reality. And according to the Romanian Journal of Psychological studies, in July 2018, an average  of 47-57% Nigerian undergraduate students have been victims of cyber bullying, cyber stalking, and defamation via social media platforms. Conversely an average 28-40% of them have also put other students through the same social media.

If this is the reality we live in today, what then is the fate of the future?

HOW THE BILL WILL MANAGE THIS DOOM

Section 39(1) 1999 CFRN provides for freedom of expression which includes freedom to hold opinions, to receive ideas and information without interference. However, the rights of one ends where the rights of another person begin, that is to say that the right one has to freely spread and share information ends where it will be false and/or defame another.

It is instructive to note that over the years in Nigeria, trends of falsehood have been the order of the day. In ONOBA V ABUJA BUILDING PRODUCTS AND ORS (2014) JELR 39852 (CA) the court defined falsehood to mean the quality of being untrue; a lie.

In a BBC publication of 6th March 2020, it was reported that a certain post went viral on WhatsApp, Facebook and Twitter about a Nigerian Taxi driver who was found to be infected by the Corona virus but escaped from the hospital and demanded to be paid the sum of hundred million naira otherwise he would go into town spreading the virus. However, after this post had gone viral and the Taxi driver largely defamed, it was found and established by the authorities that this news was false. This would not have happened had there been a law regulating contents made available on the social media.

Thus, this has been the trend over the years and clearly if left unchecked it will result in doom for the innocent Nigerian citizen. The need to curb this spread of falsehood is what has necessitated the proposed social media bill. CLAUSE 1 OF THE PROPOSED BILL clearly provides that the major aim and objective is to prevent the transmission and declaration of false facts in Nigeria and to enable measures to be taken to counter the effect of such transmission. CLAUSE 3(1) provides that “a person must not do any act in or outside Nigeria in order to transmit in Nigeria a statement knowing or having reasons to believe that:-

Punishment is set out for any defaulter who purposefully spreads fake news or false statements.

Cyber bullying entails the use of electronic communication to bully a person, typically by sending messages of intimidating or threatening nature.

In recent times, there has been an increase in reports of cyberbullying. An instance is the case of the Australian TV presenter and a judge on Australia's Next Top Model, who killed herself as a result of the bullying she suffered on Twitter. This led to the enactment of “Enhancing Online Safety Act” in the country alongside creating the office of E-safety commissioner with the power to demand social media companies take down harassing or abusive posts. Thus, restricting insensitive or abusive posts and curbing cases of cyberbullying against citizens of the country.

DETECTION AND PROHIBITION OF THE USE OF INAUTHENTIC/ PARODY ACCOUNTS

The right to privacy is a fundamental element in a democratic dispensation. Section 37, CFRN 1999 provides for this right which encompasses private telephone conversations and telegraphic communication. The Constitution protects persons from the direct breach of one's right to privacy; however, it fails to protect the privacy of persons with regards to indirect breach.

On the 28th of November, 2018, Ripples Nigeria reported that Ebube Nwagbo, a popular Nollywood actress, after being repeatedly accused of defrauding her fans through her social media handles, raised an alarm and an investigation was conducted to that effect. At the end of the investigation, it was found that someone had created a duplicate account bearing her name and used the same to defraud people.

There is also the case of the incessant existence of parody accounts which solely operate to mimic and make mockery of the person in whose name it is created. This is in itself, defamation.

Accordingly, the bill in CLAUSE 1(C) provides that it is aimed at detecting, controlling and safeguarding internet users against inauthentic behaviour and other misuses of online accounts and bots. The bill further prescribes a fine of not more than 300,000 thousand naira or an imprisonment term of not more than 3years or both, to any individual convicted by a court of competent jurisdiction of the said offence and a fine of not more than 10million naira for organizations found guilty in CLAUSE 3 (3) (C) &(D).

In conclusion, while it is appreciated that some of the provisions of the Social Media Bill may work injustice on the common man and for the society at large, it is however, conceded that the primary intention of the bill is to curb the effects of false declarations on social media outlets. Accordingly, it is recommended that instead of a total scrap of the bill, the bill should be properly reviewed to align the contentious provisions and to make the same acceptable by the public.

Ps: JUDY is a legal research platform for the Common Law practicing countries with over 30,000 case judgement from Nigeria & Ghana.
Create an Account Here!

Its Goodnews Friday! Dear Judians, we are pleased to announced that our company/software has been selected as a top 20 startup for Class 5 of Google for Startups Accelerator 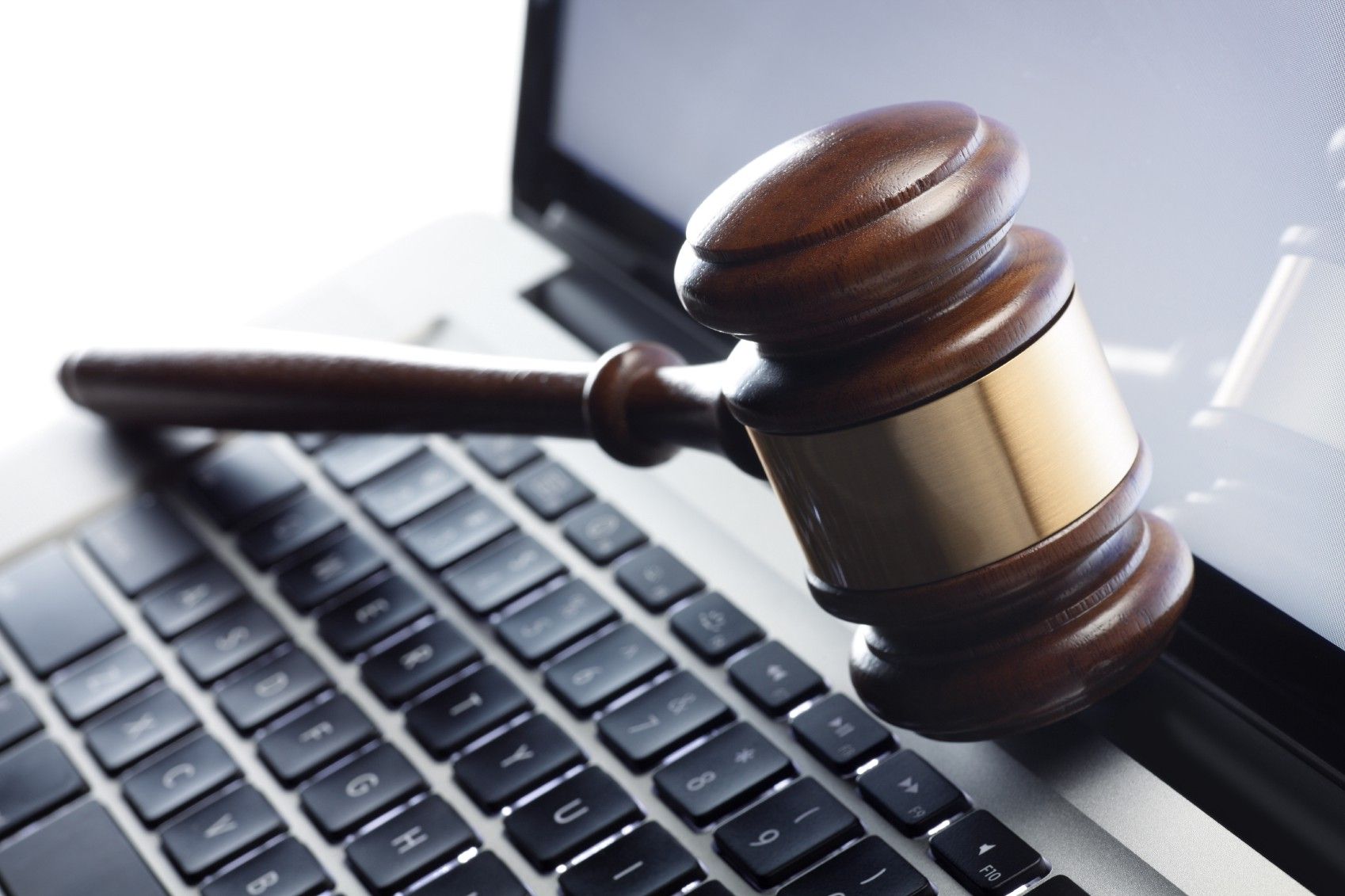 Technology has significantly remodeled every sphere of our life. Teaching and learning are easier and more effective and businesses are transacting with greater ease and efficiency. With cognizance to the